Before diving into the best WordPress plugins, let’s be clear that plugins generally fall into two categories:

Just like most things in life, you get what you pay for. Of course there are exceptions, but in general, plugins that are paid generally have teams or dedicated developers behind them ensuring the quality of their plugins. With paid plugins you can usually rely on faster support and an overall higher quality product/service.

One thing to note is that, in fact, with your fresh install of WordPress you don’t “need” anything else; that’s kind of the beauty of it. You could just start adding content and be up and running with a functional blog without installing a single plugin. But that’s only going to get you so far so, let’s assume you’re wanting to do more with your WordPress site.

Through my company, CodaStudio.com, we do site optimizations for people on a daily basis. What we look at are what we call the 3 S’s: Security, Speed, and Search. And although we address these in the name of optimizing our client’s sites these three aspects really make up the foundation of a successful site.

So let’s explore what these three aspects really mean.

Security relates to keeping your site secure and bug free and knowing you have a plan for when things go south. I say “when” because it’s only a matter of time before you have some sort of security issues. whether it’s a brute force attack, a flood of spam, or an actual malware infection. You need to make sure you’re prepared for the worst and this means both prevention and a plan b for when you need it.

For prevention one of the most effective things you can do on a regular basis is keep your plugins, WP core, and themes up to date. The vast majority of hacked sites were vulnerable in the first place because of some out-dated plugin or theme. You could handle this yourself or use a third party. I’m trying not to make this to much about my company but this is a big part of what we do for our clients.

Within the security category we’ll need to address SPAM. And although, generally, more an annoyance then a security risk it’s an inevitable issue you’ll deal with sooner or later and there are some great tools for combating it. By far the most popular and widely used plugin is Akismet, put out by the fine folks at WordPress. Akismet is a spam fighting plugin and although not perfect it’s about as good as it gets. There is a free and paid version depending on your needs. The free version is more then enough for most folks and should handle the majority of your spam issues.

We think speed is such a big part of the web today that we’ve made it a category of it’s own. In today’s world, for better or worse, nobody has time for slow. And this absolutely goes for websites. So much so that Google has included page speed in their search algorithm. Meaning — if your site is slow to load, you can say goodbye to being a first page search result.

Now, this may not be that important when starting out but like the French writer Antoine de Saint-Exupéry said, “A goal without a plan is just a wish.” So do yourself a favor and plan ahead.

For speed we recommend getting started with two plugins both from a relatively new company called WP Media: WP Rocket and Imagify.

WP Rocket is a caching plugin that will help to speed up your site by “storing” aspect of your site, making them quicker to load. This plugin will handle a host of other speed optimizations but just keep in mind that website caching is one of the easiest and most impactful things you can do to quickly increase your site speed.

Imagify is an image optimization plugin that will reduce the file sizes of your images with virtually zero loss in quality. Most people aren’t that savy at optimizing their images and this is one of the leading causes of a slow site. Both of these plugins are paid but, in our opinion, they’re well worth the cost.

Search is based on the thought that, in creating your new site, you’re wanting to do more then just exist; You’d like people to find you and maybe even buy something from you.

With over 1 billion websites on the web this is becoming increasingly more difficult and although we’re not going to go into an in-depth overview of marking, the least you’ll want to do is start off on the right foot. For this purpose we recommend Yoast’s SEO for WordPress plugin. They have a free and paid version, but even with the free version you’re going to get a great framework for making your site more search friendly.

This list isn’t meant to be a complete list of the best WordPress plugins, it’s only meant to address the areas that make up a successful site in a general way. Depending on your industry, and the purpose of your site, you’re going to need a host of other plugins to help you accomplish what you’ve set out to do. However, it’s my hope that not matter your direction and goals, and it has been my experience that, with the help of these plugins, or plugins like these, you’ll be well on your way to a successful and salable WordPress website.

And with all of this, keep in mind that a site can only ever be as good as it’s hosting. We’re not going to dive into the importance of a good host here but keep in mind that your host, though unseen, plays just as large a role in the success of your site then anything you can do.

For a detailed comparison of some of the best WordPress hosts check out my about article, The Best of WordPress Hosting.

Most people give very little regard to their hosting company and a decision of one host over another generally comes down to cost. But you wouldn’t build your house on just any foundation; It needs to be strong and built for the type of house you’re building. Especially in the case of WordPress and it’s unique architecture, you need to make sure your hosting company has hosting for WordPress sites.

Most major hosts now have some sort of dedicated WP hosting but even among the most popular keep in mind you get what you pay for.

In case you need support in securing your wordpress website from professionals, you can choose one of our Wordpress customer service plans. Our CodaStudio team take care of everything on your website from backup to custom functionality. 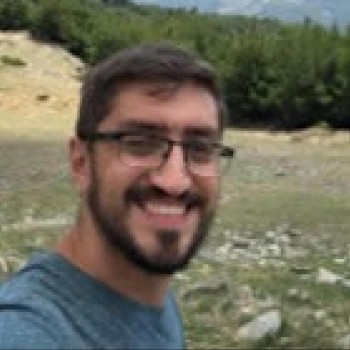 Ivan is a CodaStudio lead wordpress developer. He also manages a web design company at Elivan Studio. He likes to sneak in a few games of World of Tanks, and is a huge Harry Potter movie fan.

We use cookies on our website to give you the most relevant experience by remembering your preferences and repeat visits. By clicking “Accept All”, you consent to the use of ALL the cookies. However, you may visit "Cookie Settings" to provide a controlled consent.
Cookie SettingsAccept All
Manage consent

This website uses cookies to improve your experience while you navigate through the website. Out of these, the cookies that are categorized as necessary are stored on your browser as they are essential for the working of basic functionalities of the website. We also use third-party cookies that help us analyze and understand how you use this website. These cookies will be stored in your browser only with your consent. You also have the option to opt-out of these cookies. But opting out of some of these cookies may affect your browsing experience.
Necessary Always Enabled
Necessary cookies are absolutely essential for the website to function properly. These cookies ensure basic functionalities and security features of the website, anonymously.
Functional
Functional cookies help to perform certain functionalities like sharing the content of the website on social media platforms, collect feedbacks, and other third-party features.
Performance
Performance cookies are used to understand and analyze the key performance indexes of the website which helps in delivering a better user experience for the visitors.
Analytics
Analytical cookies are used to understand how visitors interact with the website. These cookies help provide information on metrics the number of visitors, bounce rate, traffic source, etc.
Advertisement
Advertisement cookies are used to provide visitors with relevant ads and marketing campaigns. These cookies track visitors across websites and collect information to provide customized ads.
Others
Other uncategorized cookies are those that are being analyzed and have not been classified into a category as yet.
SAVE & ACCEPT